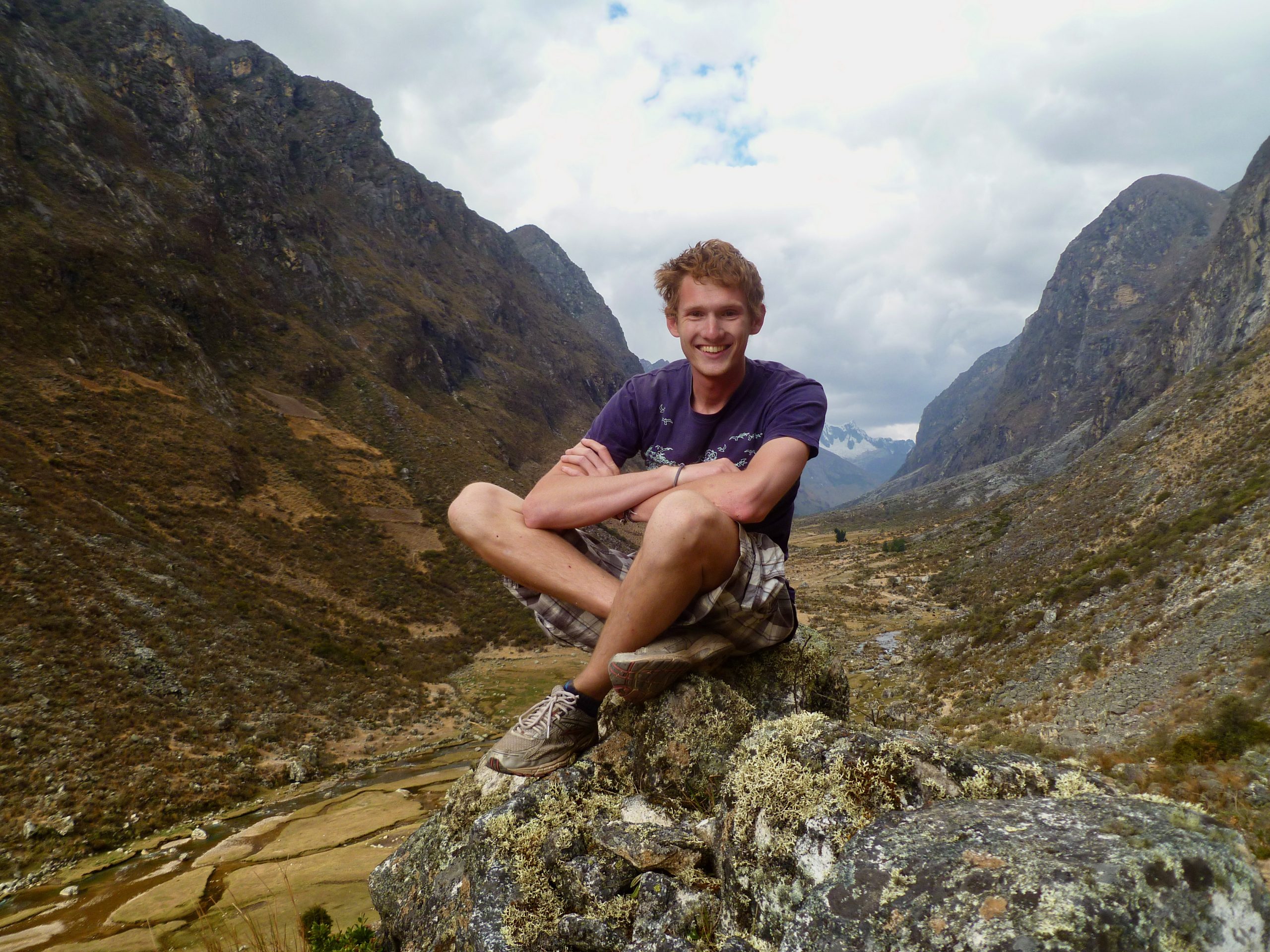 The ash-orange moon shone through broken clouds above Lake Titticaca on the night of September 11.  My bus, at least what should have been my bus, sat in front of me on a creaking wooden “vehicle-only” barge riding low in the water. Two Japanese civil engineering students sat next to me in the back seat of a Copacabana-based Honda Civic, sharing the same barge. Our bus tickets had become quite worthless when we arrived to find every seat full. A confused troubleshooting session found us in a private car trying to catch up with the bus so we could get the Japanese’s luggage, still tucked away in the smoke-belching belly of the bus as it pulled away without us. We eventually did nab their bags, and ended up sharing a barge with the bus – all in the blackness of night, so photos were out of the question.

Much has changed in the ten years since the terrorist attacks in 2001, for me and for the world. As a seventh grader learning algebra and English grammar, I could not have anticipated the path that would lead me here, to Bolivia, at the age of 22. Evo Morales, a virulently anti-American indigenous coca farmer who has been president here for almost six years, is a strong ally of both Hugo Chavez of Venezuela and the Castro brothers of Cuba. Ten years ago, this country was on the verge of civil war, struggling with terrible class violence, virtually un-visited by tourists on the South American circuit. Today, as I crossed into the country (singled out as an American, the only citizenship requiring a massive $140 entry fee), the border guard made a crack about President Obama and said in English, “Important day for your country, isn’t it?” It certainly was, and crossing from Peru to Bolivia on the tenth anniversary of 9/11 was an odd sort of commemoration.

Rewind one week, to the snow-capped mountains of the Cordillera Blanca in western Peru. Huaraz is a popular tourist town, not for cultural impact or Inca heritage but for sheer natural beauty. In town to burn time while the Brazilian embassy in Lima processed my visa request, I signed up for the four-day Santa Cruz trek. Also in Huaraz, I had a nasty bout of stomach problems that resulted in me emptying my stomach on some nice red flowers behind a glorious statue in the central plaza of town, but that’s beside the point. After a speedy recovery with the help of Ciprofloxacin, the bacterial detonator, I was able to enjoy the beautiful four day hike through the Cordillera. Our group had representatives from the US, France, Germany, Israel, Australia and Holland. It was another test of higher-altitude endurance, with our highest crossing at 15,600 ft. It’s amazing how quickly a group of strangers bonds on these multi-day excursions.

With the hike near Huaraz complete, I made a beeline to Lima to gather my Brazilian visa. The visa approval process had been an exercise in “winging it” – it was never quite clear that the embassy in Lima  would even process the paperwork of an American citizen. The two language choices at the embassy were Spanish and Portuguese, meaning that my rudimentary new vocabulary had to carry the day. That I even found the right part of the embassy building is a minor miracle (in the process I walked into an official diplomatic luncheon by accident, wearing my llama sweater). Evidently lady luck was on my side, because the paperwork went through without a hitch. It was time to go to Bolivia, and 25 grueling hours of economy-class bus travel brought me to the border town of Puno near Lake Titicaca.

After the border crossing and barge excitement mentioned earlier, I made my way to La Paz, the world’s highest capital city. The next morning, I met my college friend Jacob at the airport. Between his summer job and the start of classes at the end of this month, he flew down to travel around Bolivia for two weeks with me. We checked into Hostel Loki, a thumping loud party hostel at the center of the town, and started making plans for the two weeks. Our first activity was a ride down the famous “World’s Most Dangerous Road” on mountain bikes. The road name is usually shortened to “Death Road”. The twisting gravel highway descends about 30 miles down a steep jungle cliff face. Until 2006, it was the primary access route between La Paz and northern Bolivia. This is barely as wide as most gravel driveways, yet buses and trucks used it as a two-way 24-hour thoroughfare without the benefit of guardrails. Biking it isn’t completely safe either, as we learned after the tour – some 24 tourists have lost their lives on the road in the last 13 years. That’ll get you thinking! The popular British series Top Gear had a segment about the road – check it out at the end of this post.

Because I managed to get so far behind on the blog again, I’m going to stop here. Stay tuned for another update soon about salt flats, deserts, flamingos, and sketchy silver mines! Buena suerte to all.