The Atlantic! Or, How to Break Your Motorcycle 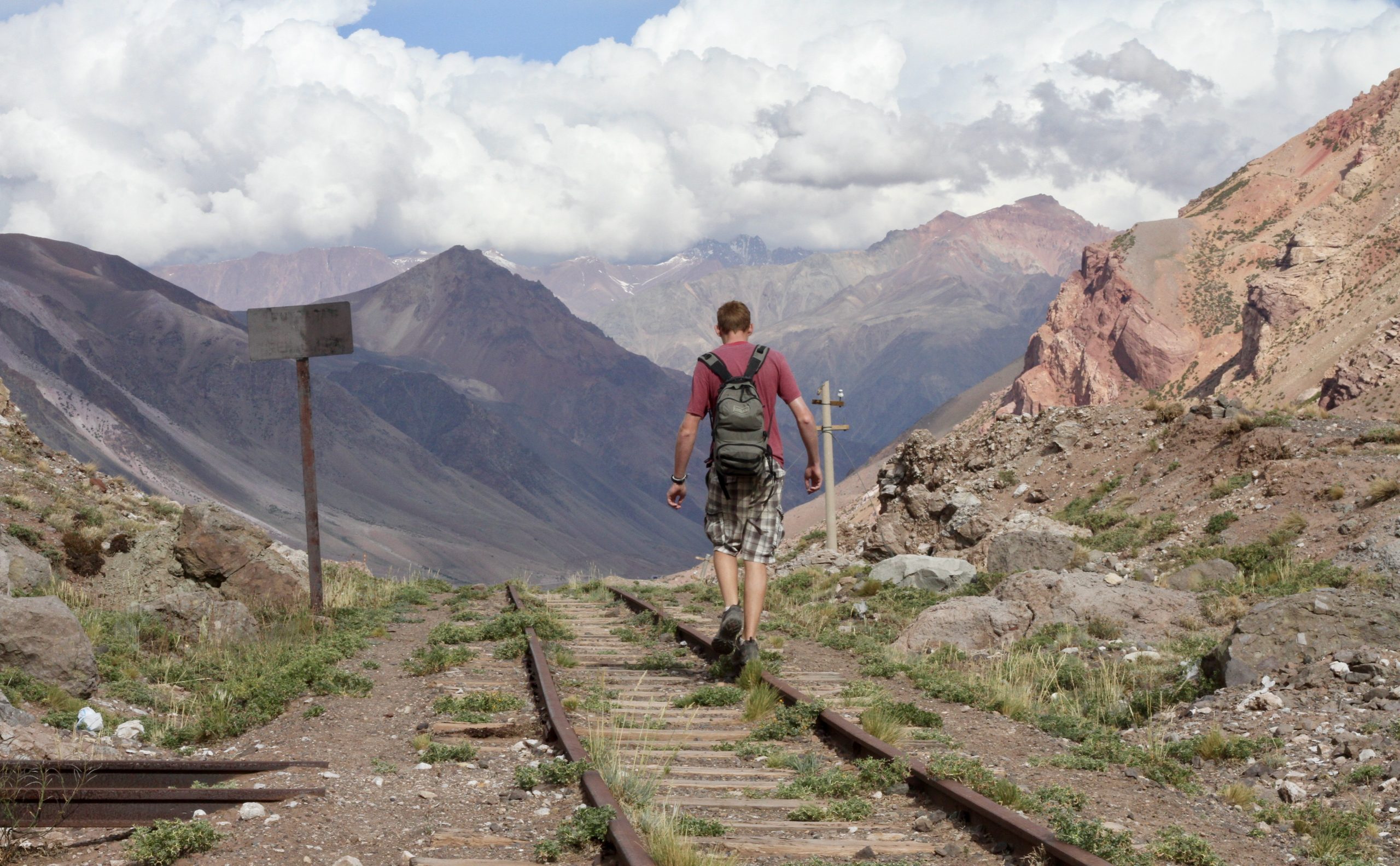 Water has many smells – there is the crisp electric scent before a heavy rain. The fresh atmosphere indicating that an ocean is near. The muggy, wheat-infused humidity of farmland after rain. Motorcycle travel, by its nature, brings a person closer to the experience of travel. The subtle indicators are quite literally blasted in your face through the helmet opening. On the road from the sprawling metropolis of Buenos Aires to the popular seaside resort of Mar del Plata, I started to notice the smell of the sea about half an hour from the coast. Although the scenery was the same farmland I’d been riding through for most of my time in Argentina, the mighty Atlantic lay ahead – my first encounter with an ocean since Lima and the first meeting with the Atlantic since Miami six months before.

Mar del Plata was the starting location for this year’s Dakar Rally, a massive cross-country race for cars, motorcycles, quads, and trucks. Incidentally, Mardel (as it is often referred to down here) is also one of the best locations in Argentina to celebrate New Year’s. Blake and I decided to boogie on down to the beach to see some motorcycles and celebrate 2012. We stayed at a hostel about four blocks from the starting line of the race – there were no designated areas for the support vehicles or crews, so the curbs were lined with Dakar-marked vehicles. You could tell the racers by their shirts and swagger. On the day before the official start, there was a massive “ceremonial start” with guys out doing motorcycle tricks in the streets, biplane aerobatics overhead, and a parade of vehicles over the starting ramp for introductions and photos. The atmosphere was festive and the crowds feisty – a bit too feisty. At one point I got caught in a crush of people lunging after hats being thrown into the crowd and someone with quick hands got into my front pocket. Byebye wallet! It was bound to happen at least once… After an afternoon of police reports, debit card suspensions, and the like, we got down to the important business of celebrating New Year’s Eve.

The downtown beaches in Mar del Plata are comically busy. Families crowd onto the trampled sand, shoulder to shoulder, flanked by huge buildings and congested downtown streets. We managed to get out of the city center on the motorcycle to a nice spot to the south called Arena Beach, lined with a bunch of beach clubs and bars. There was even an FM radio station with the DJ spinning from a cabin at the edge of the sand – not too shabby. We got our beach sunburns as we whiled away a nice afternoon by the waves. It was a welcome respite from the city center after months away from sand and water, and great way to spend the first day of 2012.

The next destination was Mendoza, Argentina. Blake and I went our own ways for about 4 days, him traveling by bus while I took to the road yet again on the Suzuki. The first day took me about 700 km back through the flat plains outside of Buenos Aires to a small city called Junin. I spent the night with Raul Madrid and his family, my new acquaintances from the online motorcycling community Horizons Unlimited. Again, I’m amazed by the willingness for strangers to open their doors to travelers, and how quickly these people become friends. I slept next to my bike in an interesting spare room with walls covered in artwork – a crazy-looking witch on the wall watched the bike while I slept.

The following day was another 400 km through the fields of sunflower and wheat along a road right out of Kansas – straight as an arrow, hot, and dry. I spent the night in San Luis with Ricardo, a medical clinic administrator and couchsurfing host. We met in the central plaza, and while I waited with my kindle and crazy riding clothes the bustling folks around me paused to stare. I guess I still don’t look like a local.

On the last day of the ride, about 100 km outside of Mendoza in one of those classic middle-of-nowhere highway scenes somewhere in South Dakota, my bike started to overheat. I stopped to check the oil level again, and the level was less than a quart – it must have been leaking in the previous 1000 km of riding! Maybe I didn’t tighten the cap sufficiently… the world may never know. The problem was, such a low oil level makes an engine get HOT, which translates to faster metal wear and engine damage. The top end of my engine was making funny noises. I flagged down a passing car and bummed an extra quart of oil, then limped the rest of the way to Mendoza for a reunion with brother Blake. The next day, I took the bike to a local shop and had them pull the motor apart to check for damage. Unfortunately, they confirmed my worst fear – camshaft and rocker arm damage. Thus began another motorcycle repair saga and the beginning of a full week stranded in Mendoza.

Mendoza is famous for its wineries. We met with a group of Swiss and German travelers and rented bicycles to explore the vineyards. The experience was a mixed bag. We went to one olive oil factory with the most limited, uninspired tour I have ever seen. We left feeling cheated and desperate. Thank goodness the next bodega (Spanish vineyard) was the largest and most renowned in all of Argentina: Trapiche. We bought three bottles to share amongst our group and meandered to their picturesque tasting room. We drank so slowly that the entire staff had drifted away to their siesta by the time we finished, as had every other guest in sight. Good opportunity to avail ourselves of some of the really expensive varieties only partially finished and abandoned by other visitors…

While all of Latin America partakes in the siesta to some extent, it is particularly evident in Argentina. Don’t even try to get business done between noon and 4pm. Just kick back, go for a walk, or twiddle your thumbs. Storefronts are shuttered while everyone snoozes or relaxes. I don’t know how everyone is so tired, but it probably has something to do with the 100+ degree heat. I’m still not sure what I think of the whole phenomenon, because it puts a screeching halt on all business and even everyday conveniences like groceries and drugstores. Sure, relaxation is important, but…

We moved in with couchsurfing host Daniel in the Mendoza suburb of Godoy Cruz for the last few days there. He is also a motorcycle traveler and was able to help me troubleshoot the mechanical issues with my bike. Troubleshooting mechanical problems when there is no good parts network and nobody speaks English is a bit of a challenge. Long story short, the options were either to spend WAY too much money for new parts from the USA, sell the bike for dirt in Argentina, or get it fixed with a time-consuming procedure. The last option made the most sense, so I left the bike at the shop and hit the road for Chile by bus. Blake and I did one last group trek up into the foothills of Mt. Aconcagua, the tallest peak in all of the Americas, before he split off to work his way south in Argentina. It was a blast traveling with him here in Argentina, making memories both entertaining and embarrassing but certainly impressive. From the city, to the sea, to the farmland, to the vineyards, to the mountains – and that’s the scratching the surface of Argentina, since I haven’t been to Patagonia yet!

Again, credit to Blake for a lot of the photos in this set.