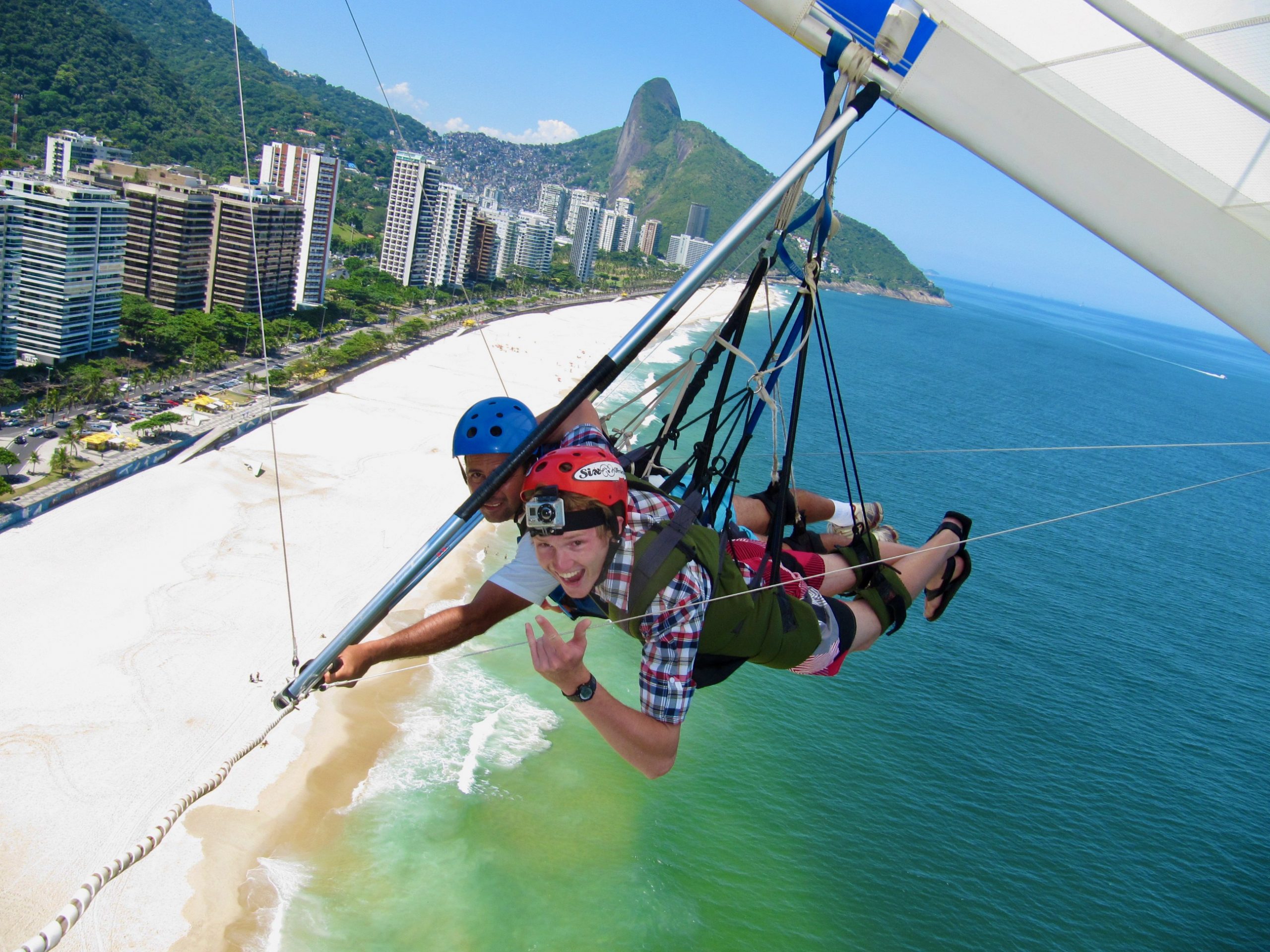 I write today from the rolling green hills outside of Sao Paulo, Brazil. The sun is dipping toward the horizon for what will be my final South American sunset on this trip. After 254 days in seven different countries around the continent, this moment feels like saying farewell to a friend. Here is the abridged story of my last few weeks here, spanning from the very southern tip of Argentina to the sunny beaches of Rio de Janeiro.

After the epic ride south to Ushuaia, I stopped in Rio Gallegos, Argentina to replace my motorcycle’s chain and check on the ugly clanking noises coming from the engine. Don Lucho of Lucho Motos, wiping his hands on a rag and following me out to the crumbling sidewalk, took one listen to the engine and shook his head sadly. The end of the line. It took about a week to sort out what to do with the sickly heap of metal that had carried me around the continent. With only a few weeks left in South America, a bleak return on investment for repair costs, and general riskiness of continuing north on the bike, the only realistic option was to sell the bike for parts and continue by bus. Lucho helped me get everything sorted, inviting me to join his extended family for one final Argentinian asado and even offering a spare bed in his house for a few nights. As a motorcycle mechanic, he exhibited a kind of deliberate attention to detail that made his shop feel more like an art studio. Keep an eye out for Esteban, his son, on the BMX circuit as well (I still can’t believe he manages to practice in such a cold and windy city).

The bus ride back to Buenos Aires took 38 hours. On the second night of the trip, a few minutes before midnight, we stopped at a Shell station. I got out to use the bathroom, but when I ambled back to the parking lot the bus had shoved off without me – and with my bags. This was a potentially major problem, given the hour and location in middle-of-nowhere Argentina. I ended up asking around nicely but briskly for a taxi or car that could help me with a chase mission. A guy and his friend in a nondescript black sedan agreed, and we took off at 150 km/hr. Some 20 minutes later, we saw promising tail lights ahead. In something like a bus holdup, we flagged it down by blinking the headlights like madmen. Thankfully, I had some cash for my chase-car driver. The bus driver and attendants watched me climb on, and none of us mentioned it for the rest of the trip. Just between us…

After another two days in Buenos Aires, I took a night ferry to the little town of Colonia del Sacramento in Uruguay. Separated by the River Plate, these two countries share many cultural ties. My ferry arrived at 3am, so I got some more practice sleeping in public places at the terminal upon arrival. Colonia is a comfortable, quiet town best described as rustic. With cobblestone streets, lighthouses, antique cars, and pleasant green parks, it’s amazing that bustling Buenos Aires is so close. I also explored the capital city of Montevideo, famous for its meat (like Argentina) and steak-cheese-ham-egg monster sandwiches (chivitos). Although I didn’t think it was possible, the people in Uruguay suck down even more Yerba Mate than their neighbors to the south. It’s a highly social activity that basically replaces the coffee shop meeting as we know it in the United States. Mate leaves, wooden drinking gourds, and hot water thermoses seem to be vital accessories in this country.

After four short days in Uruguay, I made my way back into Argentina on a stormy day, watching the ferry stewards running around the pitching deck giving plastic bags to the green-faced passengers. The next stop was Puerto Iguazu, situated at the confluence of two rivers and the triple-border of Paraguay, Brazil, and Argentina. This part of the continent is famous for the massive Iguazu Falls. I met with my friend Hans, also a Bonderman Travel Fellow and a wind tunnel coworker from the pre-travel days in Seattle (take a look at his blog). Our itineraries happened to overlap and we decided to terrorize Brazil as a duo for a couple of weeks. The falls were pretty amazing (check out the pictures) but the little skunk-like animals that live there are ruthless little bastards that will stop at no end to steal your food. Be careful, they aren’t as innocent as they look!

We struck out for the famous Brazilian beaches after a day of waterfall gazing. Florianopolis, located on the aptly-named Magic Island, is a beach mecca along the southern coast. We stayed for a few nights in a quiet part of the island, enjoying the powdery white sand and taking care of chores like filing taxes. One of my Brazilian friends told me later that this area is famous for its beautiful people – I’m not about to argue that one! I forgot my shoes at the hostel in Iguazu Falls, which forced me to wear flip-flops only for the next two weeks. Bummer to be stuck with nothing but the sun, sandals, and beach 😉

Next we went to Rio de Janeiro, famous the world over for its rowdy parties (I missed Carnival by about two weeks) and beautiful beaches. Copacabana and Ipanema… names that bring to mind the classic Brazilian postcard paradise. Highlights included a stunning sunset at the statue of Christ the Redeemer, a hang glider flight with a touchdown on the white sandy beach, lots of delicious ice-cold Acai berry smoothies, and a rendezvous with my friends Victor, Vinicius, and Gilberto from the Machu Picchu trek. Two weeks is not enough time for Brazil, and I’m looking forward to my next visit!

Post Script: I’m publishing this from Istanbul, where my flight landed in a snowstorm. I walked off the 777 in my flip flops into the freezing terminal, waiting in the immigration line behind a pack of guys in full white Arab garb and women in burkas. Not quite like Brazil…