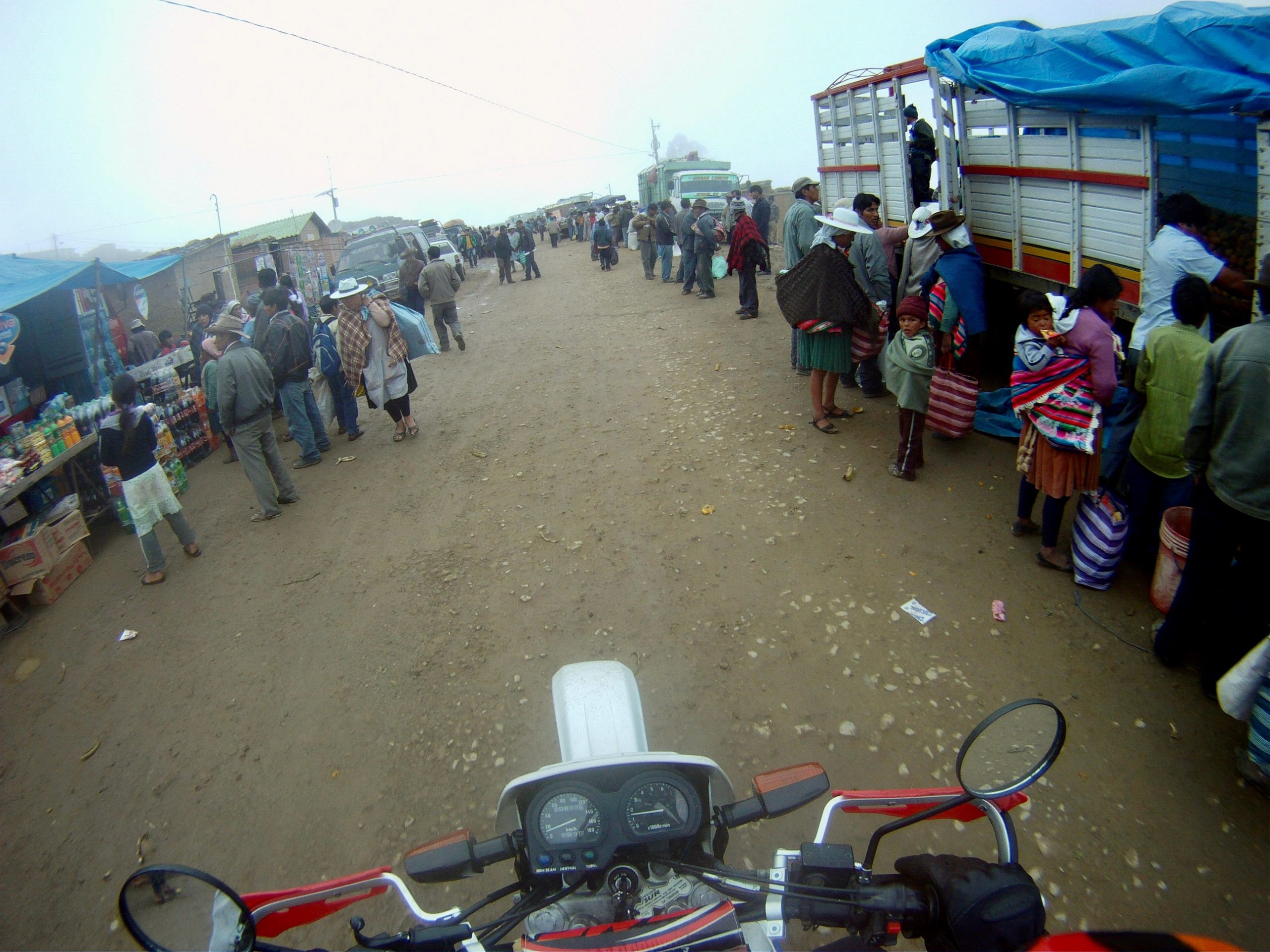 I pulled out of the driveway in Cochabamba, the sun rising over the city, only a vague idea of the road ahead. Destination: Buenos Aires, 2000 miles away through mountains, dirt highways, prairies, bugs, and border guards. I was lost within an hour, riding slowly through the deserted early-morning stone streets of Tiraque looking for someone to point me in the right direction.

Three hours later, winding through muddy mountain towns nursing a few mechanical problems on the bike, the full experience of solo moto travel started to sink in. Comfortable? Far from it. Unpredictable? Like a sucker punch waiting behind every closed door. Memorable? For a lifetime! Little Juan had to ride his bike to get the town motorcycle mechanic for me in San Isidro, and I grabbed dinner with a table full of cousins and uncles in tiny Abapo, Bolivia. After ten hours, the motorcycle seat becomes a special form of torture.

I’m now in Buenos Aires with my brother, who has flown down from San Diego to visit. Argentina is a world apart from Bolivia – both have their cultural ups and downs. There is less trash and littering in Argentina, more car dealerships and high-end shopping, and an endless supply of delicious steak sandwiches. On the other hand, prices in Buenos Aires tend to be on the high side and the roaring buses and honking horns make it a bit of a concrete jungle. I’ve been slacking off on my trip photography here in Argentina, but I’ll try to catch up soon.

A word on Christmas in South America – it is obvious that we are in the holiday seasons, but that does not come with the shopping binge and screeching halt to everyday life that happens in the United States. Given the bright summer sun, long days, and flip flops, it’s hard to get in the Santa Claus spirit. Coca Cola, a monolithic sponsor of almost everything here, erects a huge soda-themed tree in Cochabamba. Christmas trees are set up at the high-end shopping malls in Buenos Aires, but quite frankly, the holiday doesn’t seem to be high on the priority list here.

The young folks in Buenos Aires are nuts. If you are going out to dance in one of the many clubs, you can’t expect much sleep – the clubs open at 1am, people line up at 2, and by the time you leave you’d better have your sunglasses to shield your eyes from the glaring morning sun. Blake and I sampled one peculiar local tradition, “La Bomba de Tiempo,” a percussion group that entertains a giant dance floor of young folks in a multi-hour drunken trance-like dance extravaganza. La Bomba didn’t even come on stage until 3am – and we got free tickets from a nice guy waiting in line! Here’s an amorphous blurry photo of the event:

It feels great to be back on the road. After 2 months in Bolivia navigating the vehicle registration bureaucracy, which would have been impossible if not for the tireless help I received from Freddy and Don Rafael, it was almost surreal crossing into Argentina with my new machine (the border crossing still took 24 hours, plenty of confusion, and some sort of bribe). I am preparing for the final months in South America, including a push all the way south to Ushuaia and Tierra del Fuego before making my way to Chile. Merry Christmas to all, and I look forward to more frequent updates now that I am on the road again.