From the Center of the World 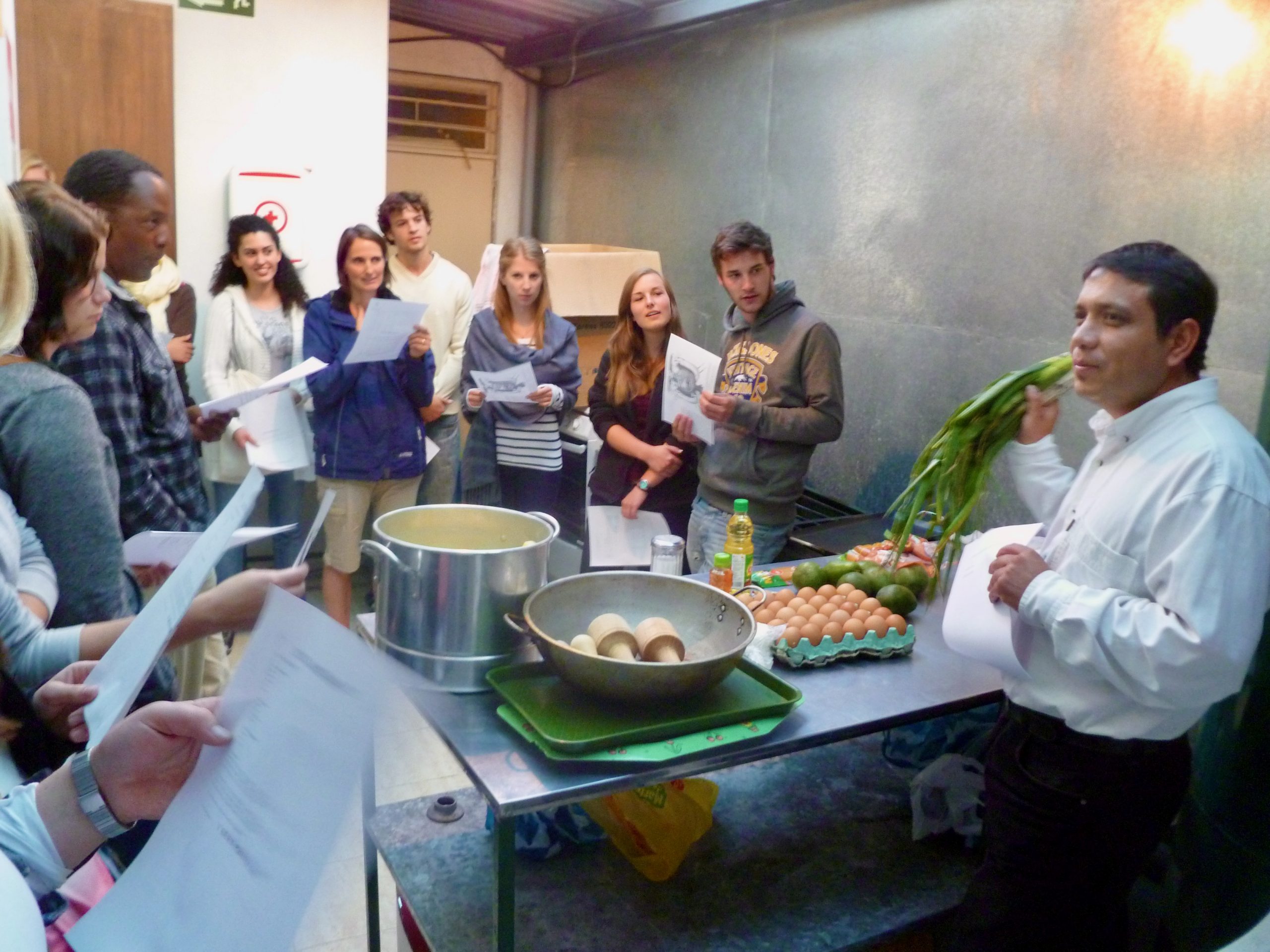 On Monday I moved into a hostel in the Mariscal neighborhood of Quito. This particular section of the city is known to the locals as Gringolandia – named “affectionately” after the travelers who congregate here – and is a cross between a red light district and a tourist beehive. The folks in their twenties who actually live here have a good time yelling Hola Gringo! from the sidewalks and itís fun to have nearly unintelligible (but good-natured) ribbing back and forth. By the way, nearly every young man here wears the same style – a copiously-gelled fauxhawk, sharp club-style clothes with leather shoes and slacks, and a button-down collared shirt. Mark my words, I’m going to get that haircut before I leave here.

The hostel, El Centro del Mundo, is well regarded in backpacking circles for a few reasons. Maybe the one that should be mentioned first is the giant bucket of coke and rum that the staff puts in the dark, smoky, cushion-strewn common room every Monday, Wednesday, and Friday (you fill in the details). Second, their hot water never runs out if you remember to turn the knobs correctly. Third, it costs less than $6 per night. Most importantly, the rapid turnover of travelers from around the world in such a well-constructed communal atmosphere leads to amazing conversation, connection, and cultural exchange on a global level – it’s no creative stretch that this deserves to be called The Center of the World.

It’s easily possible to travel in a foreign country without speaking the local language, as far as I can tell – sign language, smiles, and broken guidebook phrases seem to do the trick. The tradeoff comes when trying to learn anything meaningful about the actual local lifestyle this way. It’s incredibly frustrating being an English-only imbecile in South America, so I decided to take Spanish lessons for my first two or three weeks here. Enter the Simon Bolivar Spanish School, recommended to me by my French friend Florice from the hostel. After a Tuesday visit, I started classes on Wednesday. Four hours per day, one-on-one with whip-cracking Cecilia, total immersion. This might be the fastest I ever learn anything, other than the time I taught myself Math 324 the night before the final.

Some things I learned this week: Salsa lessons are really fun, and probably the scariest thing in the world, when all instructions are in a foreign language and you have the dancefloor grace of a baboon. By watching everyone else’s feet, trying not to trip, and leaving all pride at the doorstep, it was actually one of the week’s highlights. Similarly, cooking lessons are difficult when the instructions are gibberish, but the food can still turn out groan-as-you-chew delicious. And let me make one recommendation – try seeing a play sometime in a language other than your own. It’s like a game, making up your own plot and characters, especially when the production is disturbingly choreographed on minimal budget with a horrified local audience. Imagine the closing curtain, feeble relieved applause from a crowd of 15, you can cut the social tension with a knife.

Signing off for now – there’s more to tell, but I have to keep some sort of ace up my sleeve to negotiate with. Stay tuned for news of the action-packed weekend in Baños. Adios!