Christmas in the Sun 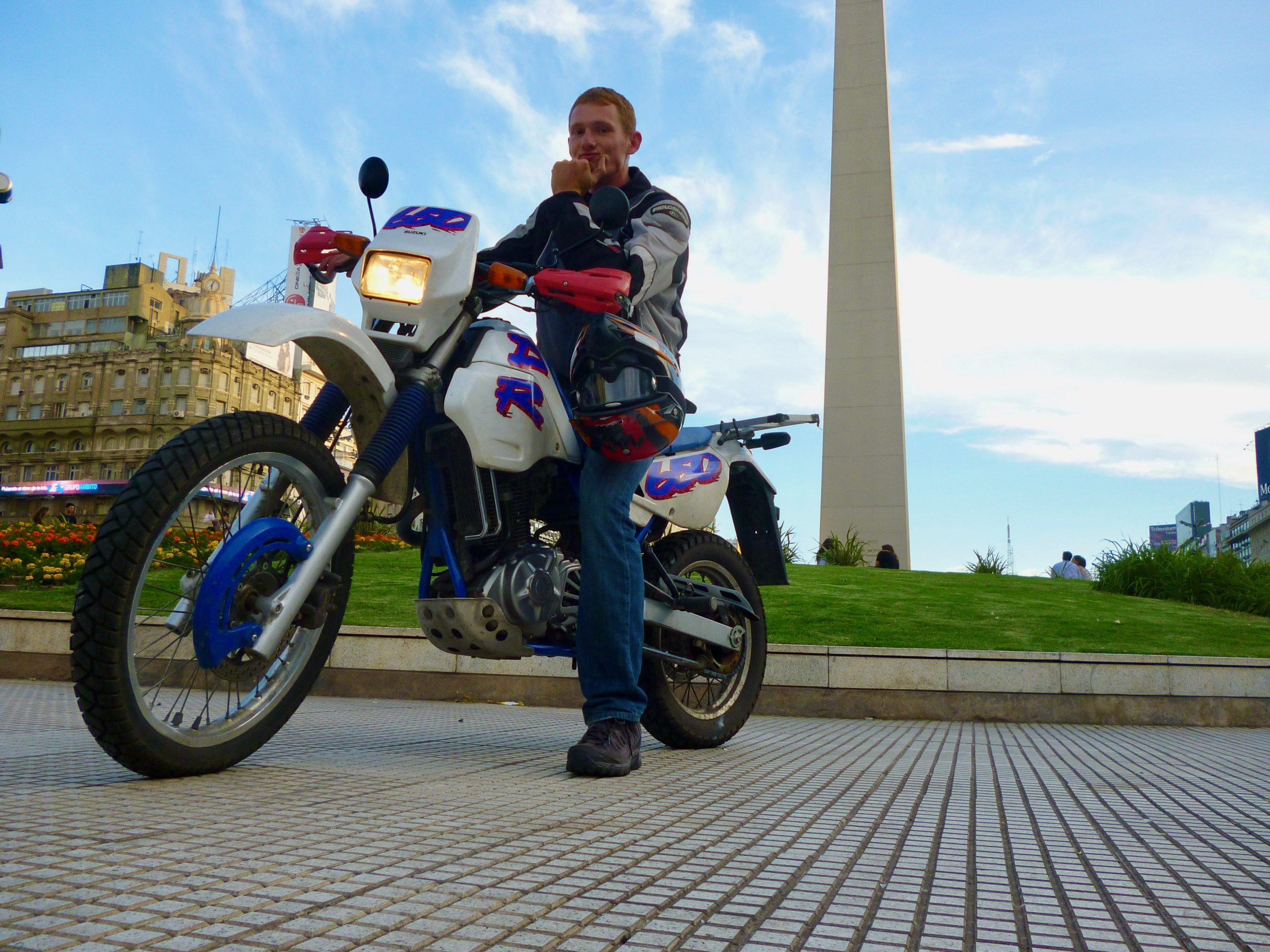 Despite my noble intentions, the blog languished in the pits of Latin American cyberspace for more weeks than I care to count. I’ll be catching up in a series of posts, so get ready for a wild ride through the roads of Argentina and into Chile. As I left off in the last post: I arrived in Buenos Aires on a tempestuous rainy day, periodically stopping at the crowded and confusing toll stations to fish for coins without inconveniencing the huge line behind me while either getting soaked under thundering clouds or steaming dry under the fickle sun. After finding San Telmo, one of many neighborhoods in a sprawling city with a mind-numbing grid of one-ways, it was another challenge to locate Blake’s hostel – The Milhouse – for our rendez vous. I ducked under an overhang with my bike to avoid one final rain squall, ignoring the glare of the armed security guard at the door while checking Google Maps using the Kindle’s terrible web browser. Finally, a few hours late, we made our meeting after four days on the bike.

We ended up staying in Buenos Aires for 16 days, chalk-full of adventure and misadventure (most of which I don’t have space or inclination to share here, haha). When somebody tells you about going to Argentina, they usually talk about meat. Well, the first dinner we ate in Buenos Aires was meat alright, but probably not the mouth-watering cuts usually written about in the travel section. We walked to a sketchy fluorescent-lit butcher shop a block from our hostel and had the Chinese guy behind the counter hack us off a 400-gram chunk of beef. With the addition of some vegetables, spices, and olive oil stolen from the hostel kitchen (apparently the expensive stuff, according to its owner who accosted us as we cooked), we managed to concoct a meal seared beyond recognition, with an unfamiliar texture perfect for jaw exercise. The next night we tried again, this time taking the advice from our receptionist to visit the restaurant “El Desnivel” for a nice Argentinian steak. Their claim to fame is that they can grill up a steak so tender you could eat it with a spoon – we heard this from a few people. The thought of eating a steak with a spoon makes me want to throw up. Steak yogurt. Steak milkshake.

I choked on the wine during the “approval” ceremony with the waiter watching expectantly. He just laughed at me… and I laughed when they brought us our food. My meal was a slab of meat, and nothing more. They aren’t big on garnishes. It was really delicious, but probably not worth the price or the hype – both Blake and I preferred the steaks down at the street stands by the port for a quarter of the price. We later figured out that the “Desnivel” recommendation is somewhere between a scam and a conspiracy, because it is quite literally impossible to get somebody in the tourism industry to recommend someplace else. Come on guys, this city must have 10,000 restaurants, don’t you know at least one more? It got to the point where I would ask every receptionist where we could go eat, then try not to laugh when they told me to go to the big D.

Parking the motorcycle in the middle of a big city is quite a challenge. Most of the hostels do not have secure parking available, so I gauged the security of a neighborhood upon arrival and either kept the bike locked to a tree or in a local parking garage (20 to 30 Argentinian pesos per night, $5-7 US Dollars). Everybody I talked to warned about security and all manners of petty crime, so I was worried about the whole situation throughout our stay in BA. As it turned out, I was left unscathed – but Blake had his passport nabbed somewhere. This led to a series of adventures, not least of which was watching an opportunist photographer developing Blake’s new passport photo in the driver seat of his car parked across the street from the US Embassy with “Ride of the Valkyries” blasting through the stereo system.

I’ve managed to write almost 700 words now without talking about the point of this article, which is Christmas in Buenos Aires. We met some great new friends at our hostel (Mike, Napoleon, and David “Primo” from the US, Charlotte from England) and made a little group for dinner. We ended up stumbling into an amazing little Spanish joint, more or less by chance, and getting a well-prepared Christmas Eve dinner (steaks, salads, seafood, wine, the works) with elegant and attentive service. People were lighting off potent firecrackers just outside the restaurant, and it was downright comical how the diners inside ignored the warzone atmosphere outside.

After dinner, Blake managed to convince the owner of a closed pub in San Telmo to let us in, despite the late hour and that… well… they were closed. The register was locked, so the owner GAVE us all wine and cigars, inviting us to relax and enjoy the amazing jazz music, wood-paneled walls, dusty library above us in the loft, and general Christmas vibe. I was back at the hostel in bed by 5am, undoubtedly making this my latest Christmas Eve ever – Santa had to come BEFORE I went to bed!

Some random thoughts:
1) It’s very difficult to order a cup of drip coffee in Argentina. Coffee is synonymous with Espresso here.
Us: “No, I want drip coffee!”
Them: “I know, café simple”
Us: “OK, fine”
Them: “Provecho”
Us: “But this is another espresso!”
2) Beware of Italians (just kidding)
3) Change (money) is a problem throughout Latin America. ATM machines give you big bills, but almost nobody has the ability to accept them. Frustrating.
4) The rest if the world slows down more for speed bumps (suspensions in general must be happy about that).
5) Ask before you park your motorcycle on private property…
6) To all Christmas trees in the path of protesters: the Christmas spirit does not win out over gasoline and a match!

Credit goes to Blake for a lot of the photos in this set!